Prime Minister Sher Bahadur Deuba has said that the government is committed to creating an enabling environment in which the Non-resident Nepalis (NRNs) can easily put in investments and take back the investment return.

Addressing a programme organised by the Non-Resident Nepalis Association (NRNA) on the occasion of the NRNA Day here today, he said the government has been facilitating through various policy and legal reforms for utilising the NRNs investment for the nation's development and rebuilding.

NRNA is a common forum of non-resident Nepalis around the world established with the goal of protecting and promoting their rights and welfare. Since its inception, NRNA has been playing a significant role in utilising and mobilising the capital, technology and entrepreneurship of the Nepalis living overseas for the country's development and in forging unity, goodwill and mutual cooperation among the Nepali diasporas.

"I express my confidence in the NRNA's continued support and goodwill in Nepal's development and prosperity campaign. NRNA has been playing a supportive role in spreading the Nepali language, culture, tradition, art and literature through its publicity abroad. I believe that it will continue these efforts in the coming days as well and move ahead its activities in a more vigorous way for promoting the Nepali culture in the foreign land," PM Deuba said.

Stating that the Nepalis spread throughout the world have contributed to enhancing the country's identity and prestige abroad as well as in the development and construction of the country concerned, he urged all the NRNs affiliated to the organisation to utilize the capital, technical and managerial skills and knowledge they have earned abroad for the nation's prosperity.

In the days after the 2015 Gorkha earthquake, NRNA contributed in the rescue and rehabilitation of the earthquake-affected people and in rebuilding the damaged houses as well. It also provided humanitarian assistance during the COVID-19 pandemic.

Describing the Nepalis scattered throughout the world as the non-resident ambassadors of Nepal, PM Deuba urged the NRNs to establish Nepal's identity and encourage the investors of foreign countries for bringing direct investment in Nepal. "The export of domestic goods would be promoted if the NRNs give priority to using Nepal-made goods in foreign lands. This would also contribute to promoting the small and cottage industries based on Nepali labour, skills and raw materials," he said.

Prime Minister Deuba called upon the NRNs to emphasise investing the income they have earned in a foreign land in various productive sectors in Nepal as well as in bringing the capital and technology of the foreign investors in Nepal through coordination and collaboration with the Nepali embassies in the related country.

He informed that the minimum investment threshold has been decreased from Rs 50 million to Rs 20 million in the budget statement of the current fiscal year as requested by the NRNA. Similarly, arrangements have been made for the approval of foreign investment amounting to Rs 100 million through the automated system. Legal arrangements have been made to open the NRNs' investments in the secondary market of the share market. The government has also made provision for reserving a 10 per cent share for the Nepalis who have gone for foreign employment in the IPO.

PM said these measures are expected to encourage the NRNs to invest in Nepal in various ways. The government has been providing the required cooperation from its side from facilitating the NRNs' arrival to Nepal to protecting their investment and assets.

He assured that the issue regarding citizenship being raised by NRNs for a long would be addressed by amending the Citizenship Act in near future. (RSS) 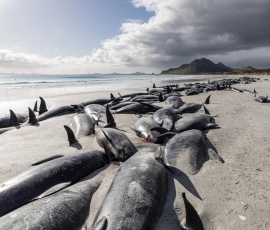 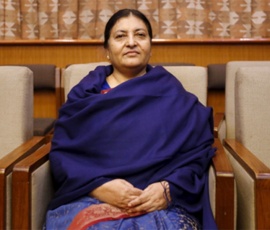